On Saturday, 21 August 2021, a Netherlands-German-Polish cycling expedition set off from Oświęcim in Poland to Westerbork in the Netherlands on a route of 1320 km. Sixty young people from Poland, Germany and the Netherlands - mostly students - took part in the unusual journey to celebrate 75 (+1) years of peace and freedom in Europe. One of the stops of the rally was Krzyżowa - a place of reconciliation.

"Terug naar Westerbork" ("Back to Westerbork") is a Netherlands initiative to commemorate the 2020 commemoration of the 75th anniversary of the end of World War II. The rally was originally planned for last year, but due to the coronavirus pandemic it took place in 2021.

The route led from Oświęcim through Krzyżowa, Dresden, Potsdam, Berlin, Wolfsburg, Bremen and Papenburg. The final destination was today's Kamp Westerbork memorial site in the Netherlands, which the participants reached on 31 August 2021. On the route, young people visit historical places connected with the Nazi era and places of reconciliation, such as the International Youth Meeting Centre in Krzyżowa.

Events related to the rally can be followed in social media, including Facebook: https://www.facebook.com/terugnaarwesterbork/.

Coordination of the visit and conduct of the workshop on behalf of the Foundation: Dominik Kretschmann, Dr Urszula Pękala, Anna Kudarewska

We would like to thank the organisers of the rally for providing us with the photos. Author: ©Andreas Biermann 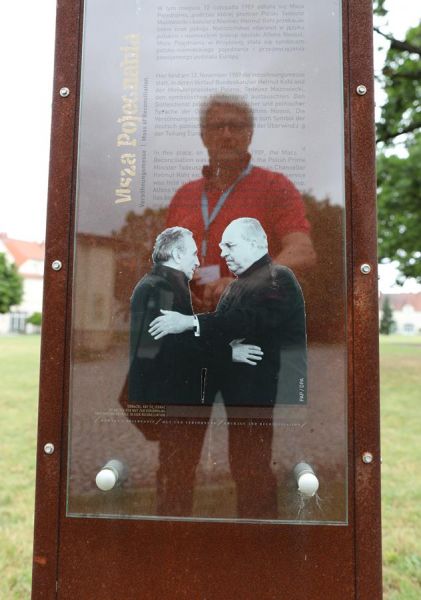