Today, an exceptional event took place in Krzyżowa - the vernissage crowning the first part of the Artistic Residence project "Sztuka. Land. Art." It was opened by Anna Kudarewska, program director of the Krzyżowa Foundation for Mutual Understanding in Europe, and was graced by the presence of Doris Wildemann from the Department of Culture of the Consulate General of Germany in Wrocław. The vernissage was also attended by the organizers of the ongoing Krzyżowa-Music Festival, employees of the Krzyżowa Foundation and the participants of the bicycle trip from Oświęcim to Westerbrock, "Terug naar Westerbork", who were visiting us.

Over the past few weeks, two artists from Germany and Poland - Elke Burkert and Jarek Lustych - have been working in Krzyżowa on an artistic statement that would combine nature with the social aspect. This is how the work entitled "Wall can do” was created. The artists decided to use in their work the wall located on the foundation's site, which is now practically useless. It inspired them as a symbol of a division that can be broken not by force, but by daily, repetitive and sometimes arduous work. Similar to what members of the Kreisau Circle did. They was seemingly divided, followers of different views, but worked together on the project of a new state without walls and divi-sions.

The work of Elke Burkert and Jarek Lustych, in addition to the wall with numerous holes, uses a yellow cord, which is a symbol of what connects and what finally penetrates the structure of the wall, destroying its hostile face. 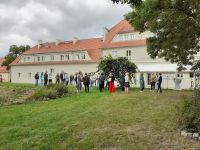 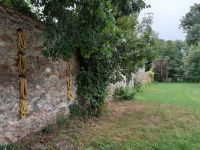 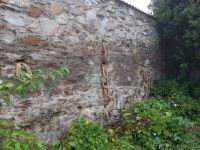 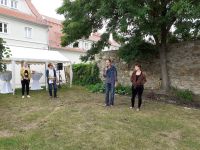 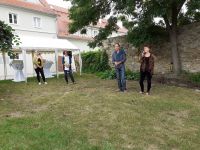 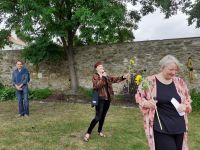 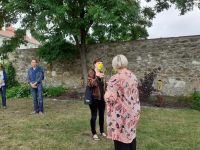 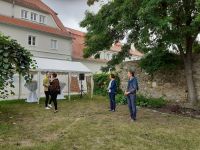 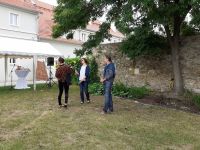 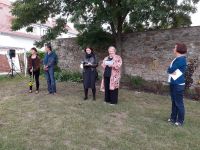 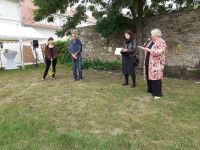 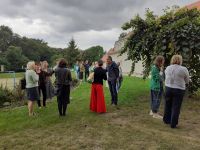 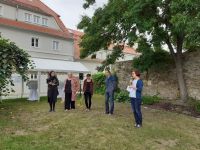