||REPORT|| Online lecture: The 1989/1990 breakthrough in the Eastern Bloc countries from the perspective of Paris and Bonn [audio]

On 8 April Professor Pierre-Frédéric Weber, a historian from University of Szczecin, gave a lecture entitled "The 1989/1990 breakthrough in the Eastern Bloc countries from the perspective of Paris and Bonn".

The meeting was attended by 178 students and teachers.

It was the third of a series of lectures organised by the Krzyżowa Foundation for Mutual Understanding in Europe, which aim to present the circumstances of the historical breakthrough which led to the collapse of the communist system and the start of democratic changes in Central and Eastern Europe.

An audio recording of the lecture is available here [only in Polish language]:

We would like to invite you to the next lecture, which will take place on 20 April (Tuesday), at 18:00 CET:

The lecture will be held on the Zoom platform: 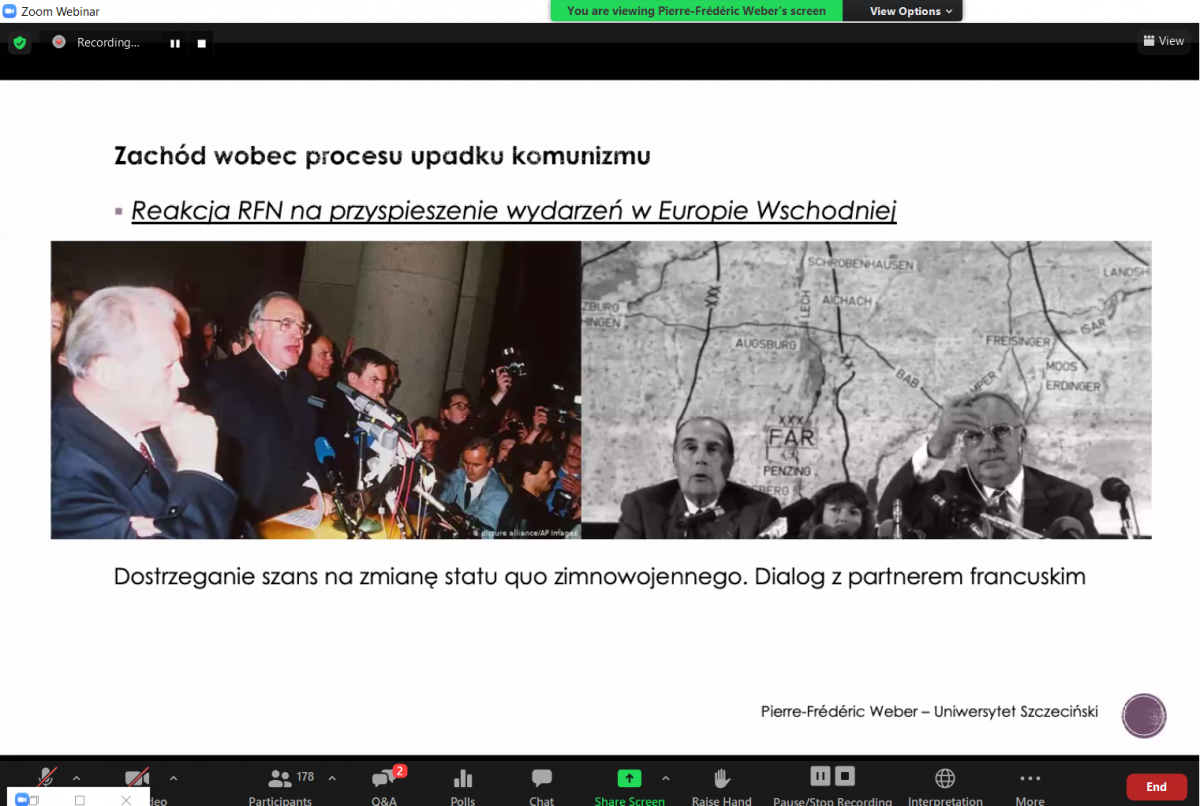 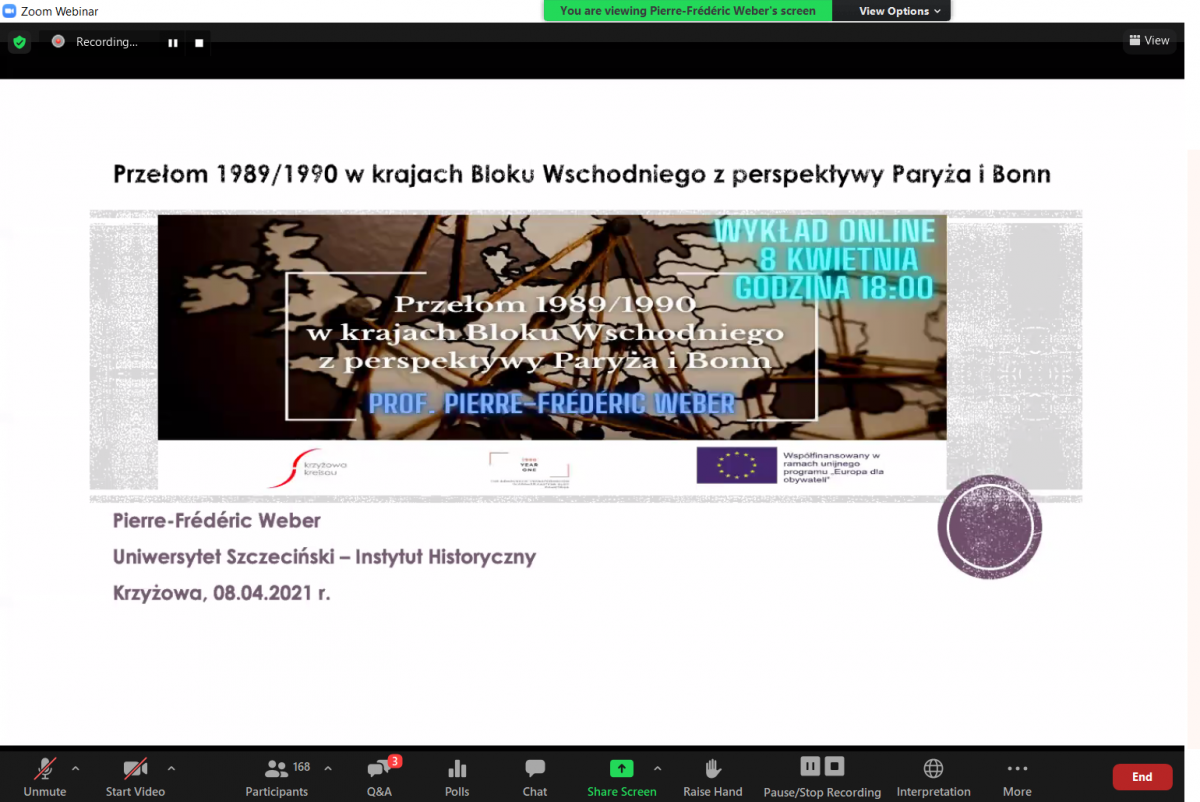 The lectures are organised within the framework of the "1990 / Year One. The democratic transformation in former Eastern Bloc countries" project, which aims to understand and provide knowledge about changes that took place in 1990 in Poland, Germany, Czechoslovakia, Lithuania and other Baltic countries.

The project is implemented within the framework of the Europe for Citizens Programme - Strand 1. European Remembrance programme and is co-financed by the European Commission.