Exhibition “1990. Birth of a New Europe” in Krzyżowa

We would like to invite you to visit the exhibition '1990: The Birth of a New Europe', which is presented in the Palace in Krzyżowa.

It brings us closer to the changes of 1990, a year which was a turning point in overcoming the communist legacy and shaping democracy in the countries of Central and Eastern Europe, on the example of the history of Poland, East Germany, Czechoslovakia and Lithuania.

The exhibition '1990: The Birth of a New Europe' is a mobile exhibition, available in Polish and English.

It is presented in the Palace, on the second floor, just in front of the May Hall.

It contains more detailed information on the course of events in 1990 in the above-mentioned countries, Poland, Eastern Germany, Czechoslovakia and Lithuania, as well as the other countries of the former People's Democracy (Albania, Belarus, Bulgaria, Estonia, Yugoslavia, Latvia, Romania, Ukraine, Hungary).

All schools and cultural organisations interested in temporarily lending the exhibition, please contact the secretariat: This email address is being protected from spambots. You need JavaScript enabled to view it.

The project is implemented within the framework of the Europe for Citizens Programme - Strand 1. European Remembrance programme and is co-financed by the European Commission. 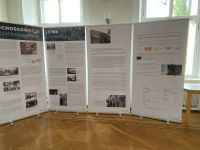 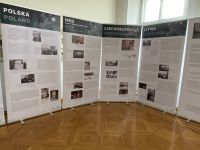 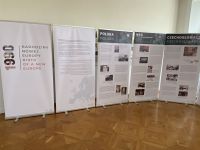